Marilyn Monroe is America’s dream girl. The definitive star of the 1950s. The American woman’s beauty ideal. With a body type inspiring workout plans and a sex appeal few can ignore, Marilyn Monroe’s influence spans more than her short, tragic career. To this day, America remains charmed by the model, actress, and Hollywood star. What makes this golden girl so special in the context of fashion history is Monroe’s ability to bring sex appeal into the mainstream fashion market. 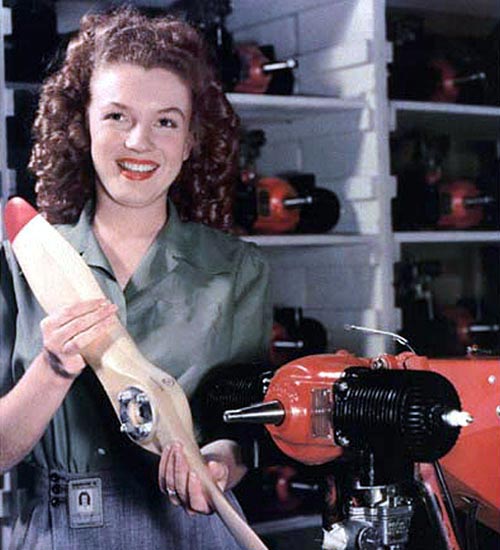 Born Norma Jeane Mortenson in 1926, Monroe had a rough childhood and was transferred from various foster homes. She began working for the war efforts at a radioplane factory in the early 1940s and eventually wound up posing nude for some photos and, consequently, entering the modeling world.

Pin up would be be Monroe’s introduction to stardom. With a figure rumored to be the definitive hourglass – Monroe’s career took off. Her pinup career would greatly influence Monroe’s politics on sexuality. She was not shy and often donned scantily clad outfits. Monroe’s status allowed her to achieve an air of regality while still posing in some compromising positions, whereas other women at the time were so blessed to even have hem lines at their knees (the war effort can be credited for that, too!). Marilyn’s team established her as a sex icon, but also a respectable woman.

Monroe’s modeling career eventually led her to a higher status in California: Hollywood star. In the late 1940s, Monroe was offered several movie deals. Monroe starred in films such as Gentlemen Prefer Blondes and Some Like It Hot. In every movie, Monroe sported era-defining outfits. More often than not, the clothing showed off Monroe’s to-die-for figure. This empowerment filtered into the modern woman’s perspective at the time, giving fashionistas in the mid-century the courage to start donning sexier attire. Necklines plunged just a bit deeper and hemlines came up just a little higher. Let’s take a look at some of Marilyn’s most iconic outfits and accessories and the influence they had on fashion at the time.

This is THE dress. If there were a dictionary definition of classic Americana sex appeal, this dress is IT. Donned in The Seven Year Itch, Monroe’s pose is one of the most iconic accidental-pinup still from popular films of the twentieth century. The halter hemline was on the cusp of a fashion break-through. After this shot, the halter dress became an immediate staple of women’s closets. 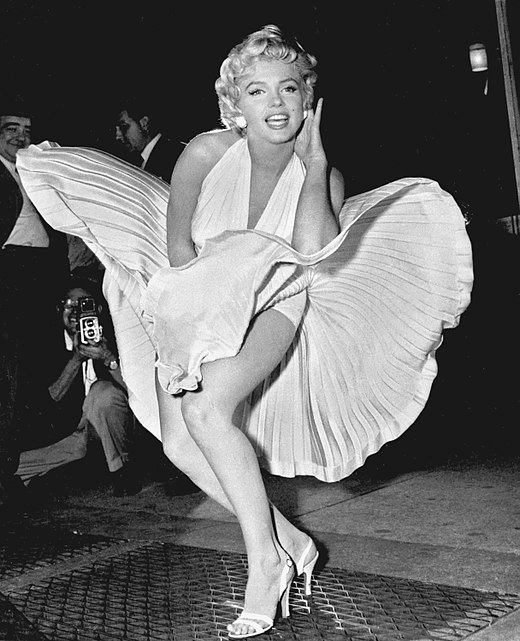 Monroe knew she had the curves for the halter dress. This old-hollywood styled gown remains one of the sexiest outfits worn in the mid-century. The absolute definition of glam. Notice how low the neckline goes. This was unusual for the early 1950s, but Marilyn paved the way for a sexy end to the decade. Her influence would carry on, as this sleek look would make an appearance in the 1970s, some 30 years later. Find the dress on Etsy, or, if you’re more of an admirer, consider a gorgeous poster or something of the like. Tin signs are on the come up, too! 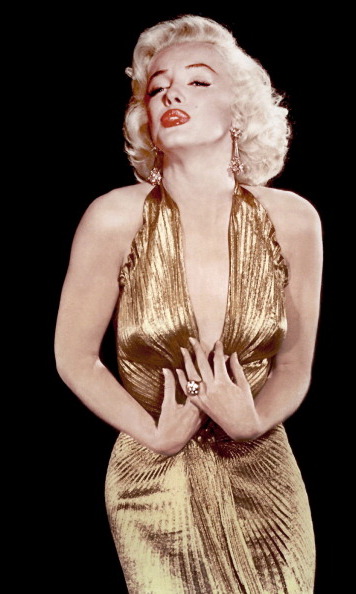 Monroe knew her best features… well, all of her features. She played up her luscious lips by wearing bold red lipstick. This rich detail adds an air of elegance. Interestingly, this was not a statement by any means, and merely an accessory to play up features that were accented by gorgeous, form fitting attire. Check out this pic – that also happens to include a gorgeous halter top! No surprise here. That red lipstick was so iconic at the time that fashionistas are still on the hunt for the perfect shade to match Marilyn. 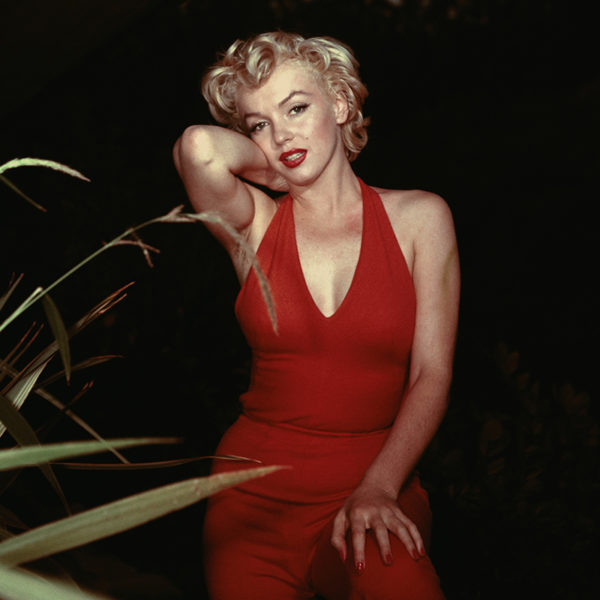 In her early years as a model, Monroe had a lot of curly auburn hair. When her career took off in the early 1950s, she switched to blonde and never went back. Her hair became the hippest style, with several women looking to achieve the iconic swish and bouncy curls. The years of the tightly-curled liberty rolls were on the outs, and Monroe’s coiffed wave influenced the hairstylings of an entire population of women looking for subtle sex appeal. 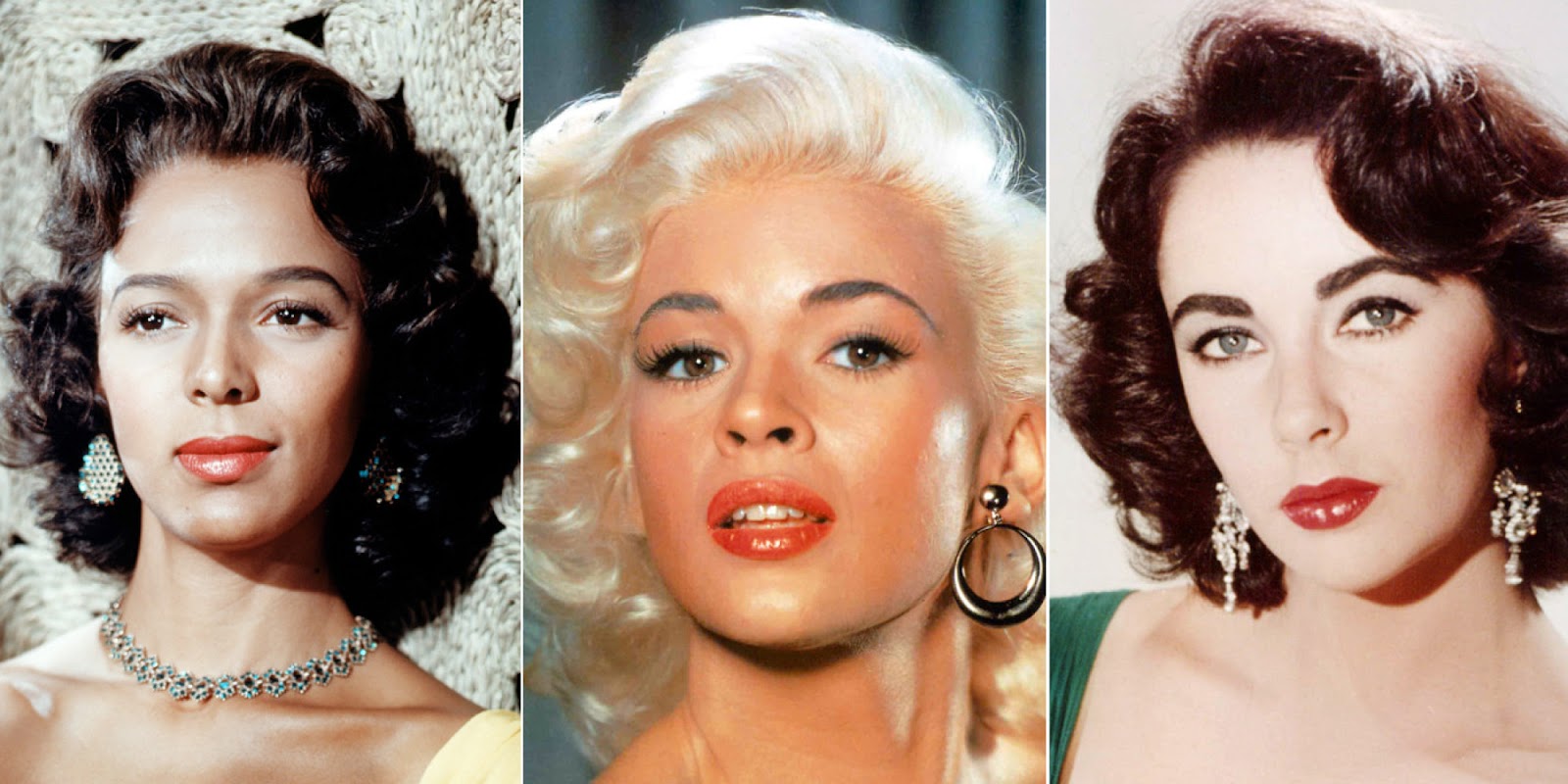 Nothing hilights as figure quite like a swimsuit – of which Monroe donned many! From this beautiful black halter top to the first ever years of the bikini, Monroe wore several scanty styles and, in turn, paved the way for women’s swimwear. The bikini, marketed to women in 1946 for the first time ever, was perfect for Monroe’s pin up style, and she allowed for optimal fashion takeoff. 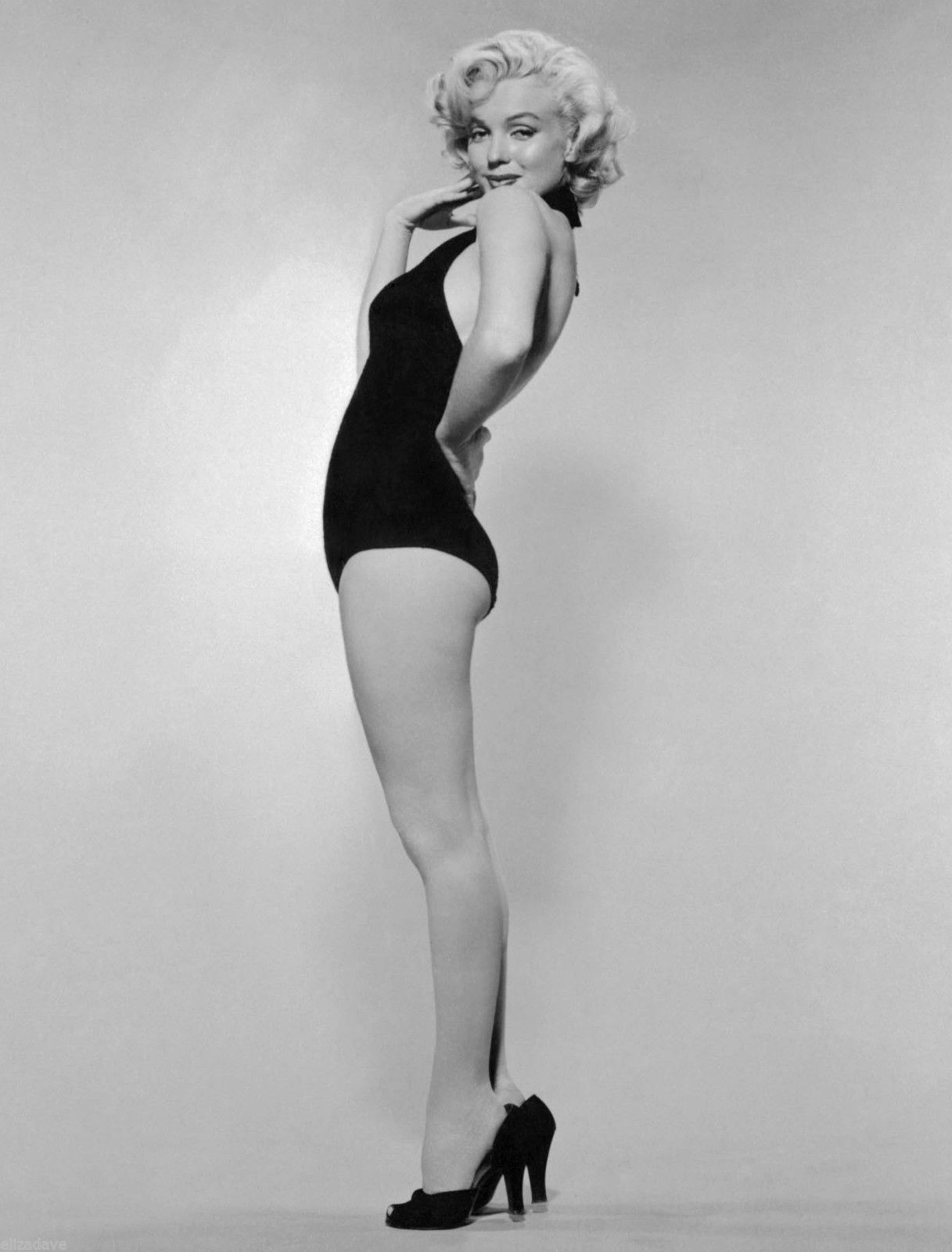 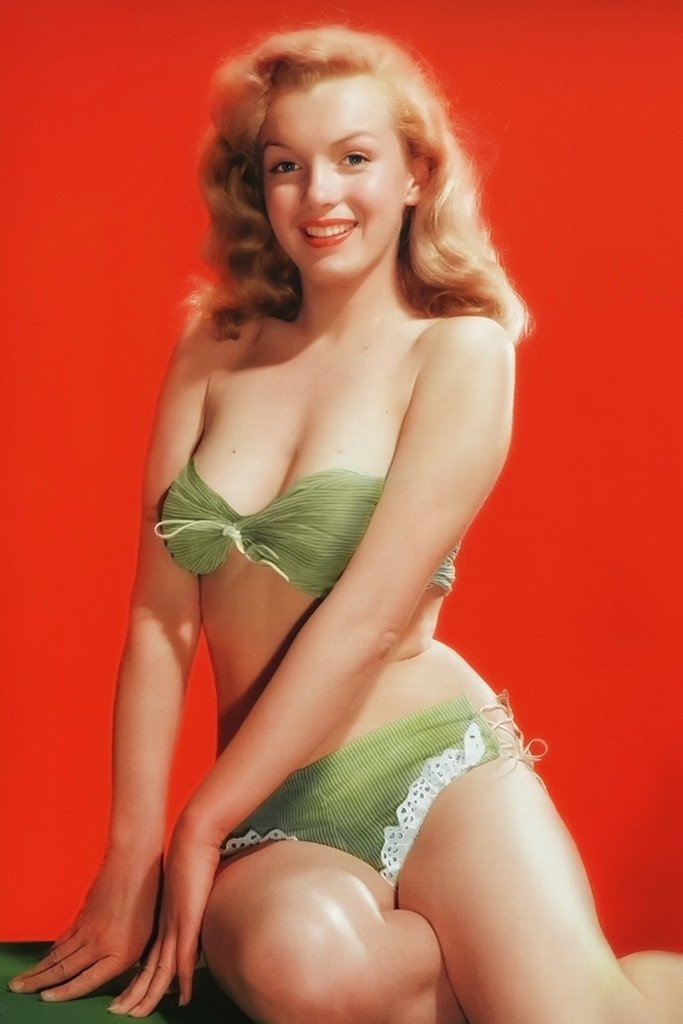 The Origin of the Subtly Sexy Day Wear

It’s all about the button down. For bustier women, a well fitting button down with buttons in just the right places is imperative for professionalism and sex appeal. High waisted shorts and some flat shoes makes this outfit flattering for all. Monroe wore this outfit often. Here she is rocking a button down and some shorts – a fashion statement in themselves – in 1950. Paired with some classic saddle shoes – she’s looking golden! 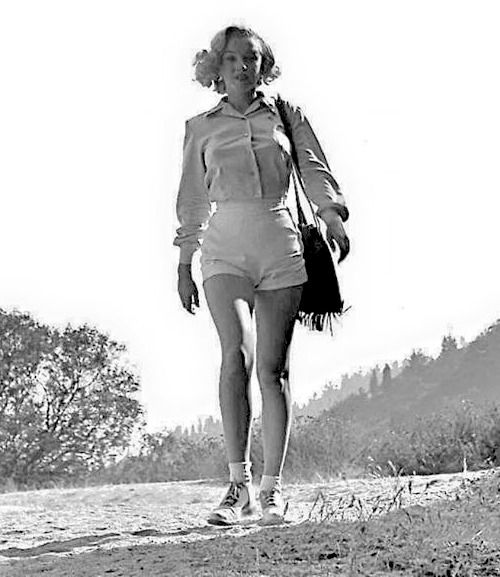 Ultimately, Monroe passed too soon, but surely left her mark on fashion. Her style empowered women and thrilled men. May she rest in peace!