What are you wearing today? Chances are you're donning some slick red, white, and blue duds. Yeah, we'll admit we are, too. U S A! Turns out Americans have been sporting patriotic colors for a hot minute.

Patriotic fashion has been in style since the Civil War. As with most holidays, trends in attire arouse to commemorate the holiday and show some country pride. From gowns to hot pants, Americans have always managed to style their summer looks accordingly. 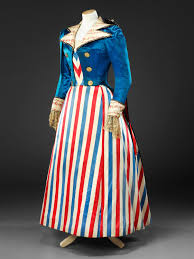 Check out this awesome patriotic gown from the 1890's. Notice the prominence of the collar – the 1970s and 1980s looked to the late 1800's for several cuts and styles – most notably the collar (which folks popped up in the late 21st century). 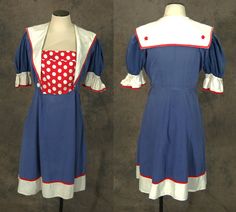 Later, we saw the rise of American materialism – and the development of mass production. During the mid 21st century, Americans were wealthy and could afford to splurge on more clothes. That meant some gear for a single holiday was totally doable and encouraged for the whole family.

The early 1940s brought significant patriotic fashion. Everyone was donning red, white, and blue to support the troops all the time – not just July 4th. 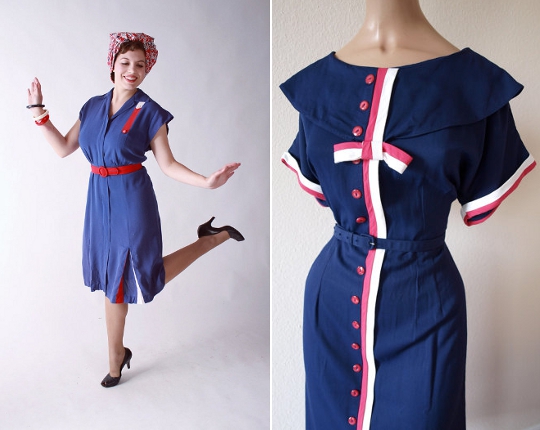 Check out that cut on this late / early 50s1940s patriotic dress! Picnic style was all the rage – bandanas and bangles were also on the rise. Kitten heels and thin belts were also popular. Notice the buttons – a development that changed the game for accessorizing. Whereas before mass production buttons were exclusively used for their main purpose, the rise of production meant more buttons and they became to double as adornments.

The 1950s supplied the best (and arguably most attractive) round up of patriotic fashion. 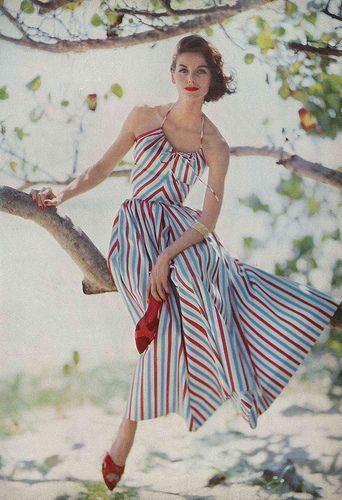 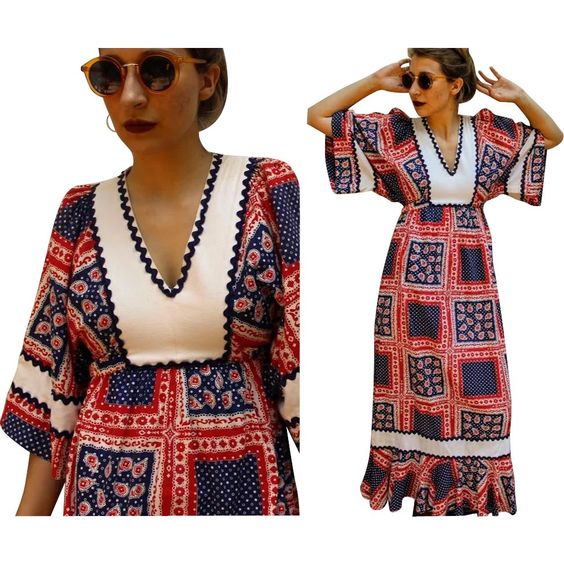 From the '50s, we began to start integrating red, white, and blue into our general trends – baby doll tops, bell bottoms, and dresses. Check out this awesome dress from the '70s! 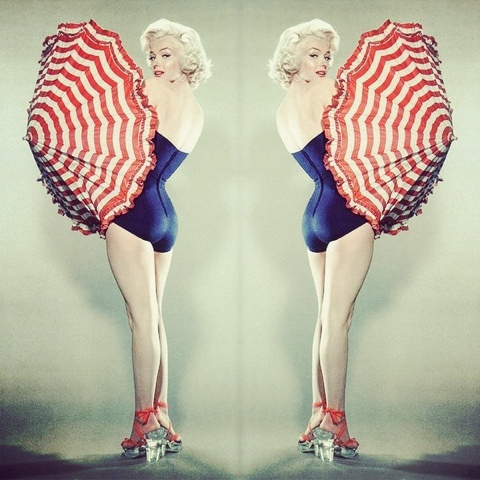 Check out a very trendy and patriotic Marilyn circa 1950s via EdwinaLashan! It's no surprise the fashion icon and midcentury goddess herself defined national red, white, and blue style. 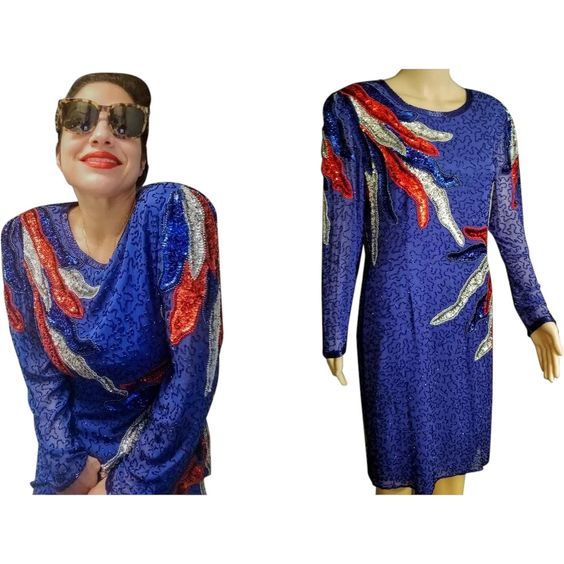 Here's the '80s tying in some sequin patriotism. Of course, the '80s were also a very patriotic time – with economically fruitful times come riskier fashion choices. The more folks can afford – the bolder the looks.

Now, we're luck to see the development of such fashion as swimwear, lingerie, and more. Shorty shorts, tank tops, and more are all eye catching 4th of July looks. What's yours?

Have some favorite patriotic looks of your own? Drop us a line at adrienne@nostalgicstuffusa.com!